I believe in conversational clothing. I first heard this term from a friend of mine that I met on a cruise. Before that vacation, as any teenage girl who has worn a school uniform will understand, I eagerly stuffed my suitcase with the most stylish blouses and trendiest dresses I owned, preparing to flout my fashion sense. However, alongside the bikinis that I certainly don’t have the curves for, sat a lonely, frumpy T-shirt. I hadn’t planned on wearing it, but upon the insistence of my mother that, the klutz I am, I’d probably spill on myself, I begrudgingly shoved it in. One morning on the ship, I felt the random desire to just put on the emerald T-shirt. Imprinted with the word “Slytherin” atop a faint serpentine silhouette, it wasn’t flashy, nor was it flattering, but I loved it because of its unmistakable homage to one of my favorite book series, Harry Potter. To my surprise, throughout the day I was bombarded with compliments, except, they were different, in the sense that these compliments weren’t cheap, apathetic ways to avoid awkward silence on an elevator ride, but rather, spurred entire conversations. Instead of a simple, “Hey! Cute top,” before never seeing said person again, people told me how much they loved Harry Potter, or that they were 100% Hufflepuff, or cracked a subtle joke before bursting into a fit of laughter over shared geekiness. The prior three statements were all real components of a discussion between myself and a stranger, who through a mutual love of The Boy Who Lived, became my friend. She dubbed my T-shirt, “conversational clothing,” and explained that it was called so because it had the ability to engender authentic, personal conversations, and transform strangers into friends. Sure, I probably will never again see the majority of the people who commented on my shirt, and sure, not everyone shares my passion for the works of J.K. Rowling, but I believe that wearing conversational clothing brings people together who might have never met because they didn’t have a way to start a conversation. 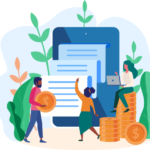 Now I’m not condemning fashion; I genuinely appreciate it and actually wanted to be a fashion designer for most of middle school. But that event reminded me of why I loved fashion in the first place; it transforms one’s reflection into who they are inside. In my pursuit of looking attractive, I had forgotten the most alluring quality in my belt: myself. I had forgotten the girl who ditched Aeropostale and Hollister for graphic tees with chemistry puns, and refused to wear shorts shorter than Bermuda length, the girl who wore her heart on her sleeve, literally. Of course, my fashion sense has evolved over the years, but its dorky, spunky essence remained the same, and I had forgotten it. All because the fact of the matter is, most people you meet in life will only get a glance at you before never seeing you again. I aspire to make them do a double-take, but I realize now it’s not by being another teenage wannabe in a degradingly tight shirt and daisy dukes. Conversational clothing on the other hand, catches people’s eyes, yes, but most importantly, gives them a reason to take a closer look. Because while I believe in standing out from the crowd, I believe the only way to do it, is to use my outfit to let that inner weirdness shine, because that is the most alluring quality in anyone’s belt. Fearless expression of yourself is what draws strangers to you, to start a conversation, and to become your friend.

So wear that ball cap emblazoned with the emblem of your favorite sports team, even if it’s gaudy or clashing! Wear that hoodie you purchased at your favorite musician’s concert, despite the fact that you practically swim in it. And yes, wear that frumpy T-shirt that unforgivingly asserts your Hogwarts house. Wear these with pride and confidence, because I believe that it’s okay to not look like you just popped out of an issue of Teen Vogue. My definition of style is not the current trends or the most flattering cuts for my body type, but rather what screams “me.” I want to stand out from the crowd, but not for pretending to be a girl that I am not. I believe that conversational clothing, no matter how weird, is the key to fostering new and meaningful relationships, because strangers are just friends I haven’t met yet, and I’d like to meet them all. But I want to meet them as myself, the girl who belts show tunes when she’s home alone, not a cookie cutter girl of anyone’s beauty standards. This I believe…